All Collections
For Instructors
Uploading an Existing Notebook

If you have an existing notebooks outside of Mimir Classroom, you can easily import them into the platform. To do so, first create a new notebook coursework and then click on "Edit Solution Code on Mimir Notebook". 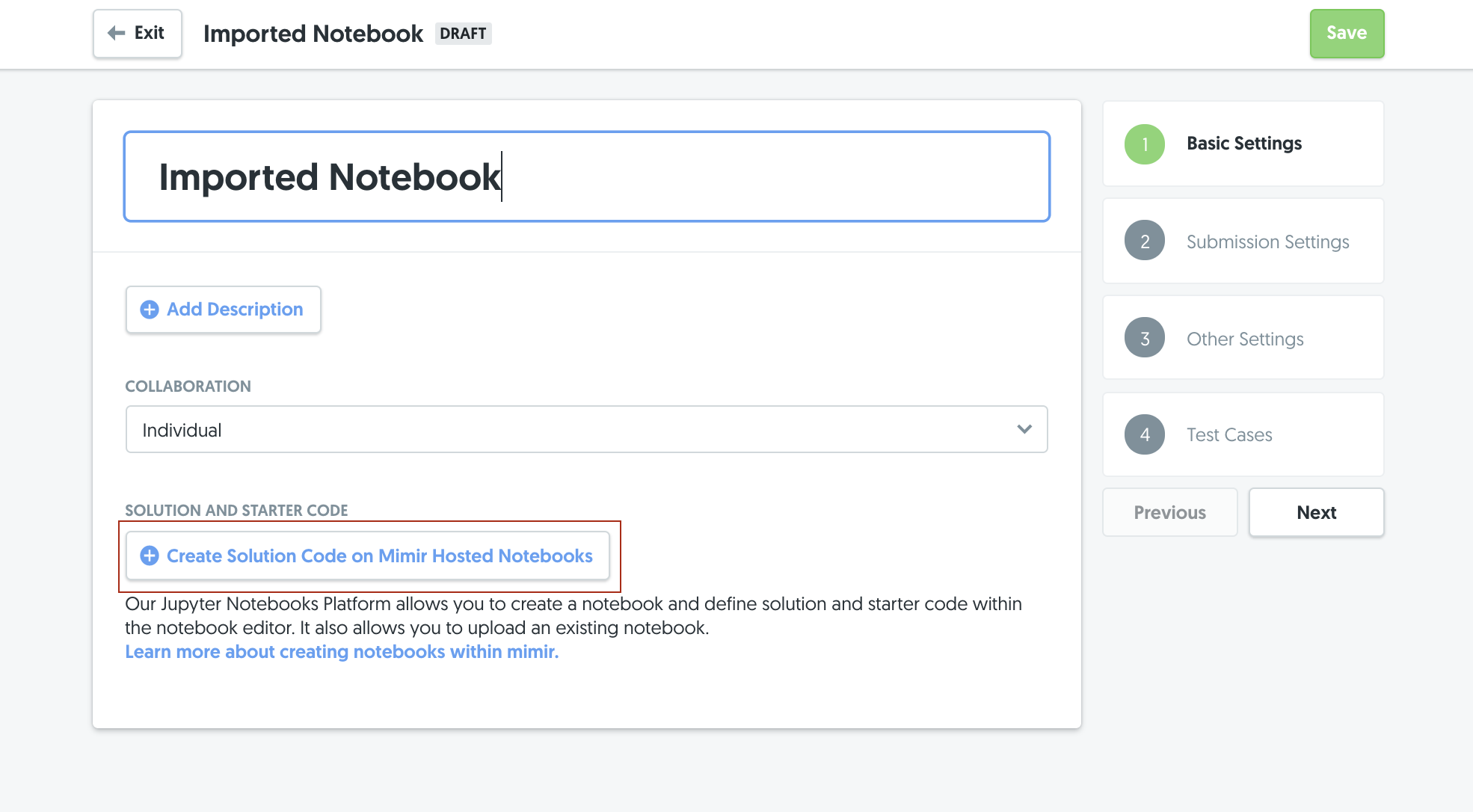 You will be taken to the notebook editor where you can import/append cells from an existing notebook by using the "Import Notebook" button.

Appending notebooks that use nbgrader

If the notebook you upload has nbgrader metadata inside, we will attempt to automatically parse it apply cell types and set IDs on the imported cells.